Arise for He is risen! 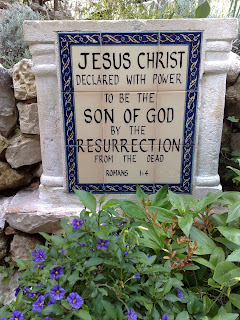 On Good Friday we filled our rooms in L60 as we met for a time of fellowship, worship, communion and a short devotional that reflected on the cross. Christ's death on the cross reveals the depth of God's unconditional and sacrificial love for mankind. We considered how God does not just say that He loves us (Jer 31:3; Jn 15:9) or just show us His love (Jn 1:14; 17:26) but that He sacrifices Himself to demonstrate the extent of His unconditional love (Rom 5:8; 1 Jn 4:9,19)! We noted how true love sacrifices itself to meet the need of another and how God calls us to love one another in the same way He loves us (1 Jn 4:11).

On Sunday we celebrated the greatest day in history - the day Jesus rose from the dead! After a powerful time of worship and communion, Richard shared a message entitled, "Arise for He is risen!" Looking at Paul's letter to the Romans chapter 1, verses 1 to 6, we noted the following:

The revelation of a changed life. Rom 1:1; Phil 3:8
The revelation of Christ's victorious life. Rom 1:2-4
The call to live a new life in Christ. Rom 1:5,6
We praise Jesus for His death and resurrection and for His victory over sin and death so that we can live new lives in Him!

Posted by Richard Morschel at 12:55 No comments: 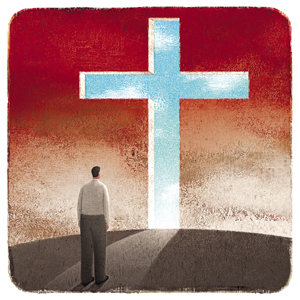 In a world of uncertainty, insecurity and trouble, God is revealing His sovereignty, authority, power and purpose to encourage His people, the Church to depend completely on Him and to stand firm in Him. Looking at Revelation chapter 5, Alexander showed us two weeks ago how the Holy Spirit is taking KLF into the revelation and knowledge of God's kingly authority. In his message entitled, "What's going on?" Alexander showed us how the revelation of Jesus as the Lion (strength, sovereignty, subtlety), the Lamb (sacrifice, submission, simplicity) and the Root of David (source, beginning and end, son of David/Son of God), at the right hand of the Father, has the right to open the scroll with seven seals because of His righteousness, authority and power. This revelation is an encouragment to us to recognise that God's apparent weakness is His strength, that God has a plan for mankind and that He is in control! Halleluja!

On Sunday Lilly and Wes gave us a report on their 6 month discipleship training school with YWAM, Gold Coast, Australia. They both gave powerful testimonies of how God touched the people on their outreaches in Papua New Guinea and the Philippines and what it was like for them to be amongst the poor, the imprisoned and the local people.

Richard then shared a message with us entitled, "Why do people reject the truth?" Answering Pilate's question, "What is truth?" in John 18:38, Richard showed us that the resurrection of Christ is proof that Jesus is the truth! However, people reject Christ as absolute truth for the following reasons: ignorance, blindness, unbelief, sin/rebellion, worldly thinking, fear of man, pride, natural-mindedness, fear of consequences, fear of getting it wrong, disappointment, deception, hypocrisy, and inferiority. Richard encouraged us to stand firm in the truth and not to give in to the thinking of the world that regards truth as relative and rejects absolute truth. The Lord is calling the Church to stand firm in the authority of His truth, as those sanctified by the truth (John 17:17), and not to give in to the pattern of this world!


Posted by Richard Morschel at 09:09 No comments: 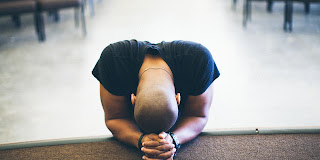 As the Lord continues to speak to us about fruitfulness, He has been showing us what it means to truly remain in Him and to depend on Him. Two Sundays ago, David shared a message from Psalm 32 which you can listen to here. In his sermon, David showed us how the Lord delivers us from sin (32:1-5); protects us from trouble (32:6,7) and guides us along right paths, not forcing us but showing us His ways and watching over us (32:8-11).

This week we started our new Bible study series on Tuesday evenings on Paul's letter to the Romans. We will be working through the letter to grow in our knowledge of God, understand God's salvation purposes, examine Paul's life and apply God's Word to our lives. This Bible study is an open group so you are welcome to attend whenever you can.

On Saturday we had our first Welcome Coffee in our KLF rooms in L60. It was a great time of fellowship, an opportunity to reconnect, to meet new people, to meet some of KLF's leaders, and to hear about the history, the purpose, the vision and the structure of KLF. Our Welcome Coffees will be offered once a quarter and are a great opportunity for our new people to become part of our church family.

Yesterday we had a powerful time of worship and communion as we responded to the revelation of Jesus and reflected on all that was fulfilled in His death on the cross. Richard then spoke to us about God's perspective on weakness, showing us how opposite the world's mindset is to God's will. You can listen to the message entitled, The prayer of the weak here. This is what noted:

Posted by Richard Morschel at 09:57 No comments: