A call to worship 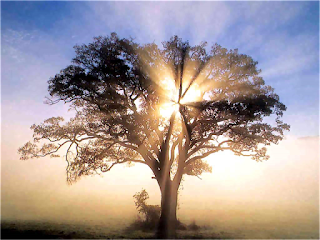 For the past two weeks, the Lord has been speaking to us about worship. In both his messages entitled, God loves you, God knows you, God made you and Reclaiming God's presence, Alexander spoke to us about the Father's search for true worshippers. Looking at the account of Abraham and Isaac on the mountain in the region of Moriah (Genesis 22:1-14), we noted how Abraham was a true worshipper in that he waited on the Lord and was available to Him; he obeyed the Lord as an act of worship; he trusted in his relationship to his covenant God; the Lamb was at the centre and God's voice was more present to Abraham than his immediate circumstances.

Continuing the theme of worship, Alexander spoke to us on Sunday about honouring God's presence, not only on a Sunday but in our everyday lives. Looking at 1 Chronicles 13:3-14 we noted the importance of not being familiar with God's presence but being careful to honour His presence with reverence and fear. The account of reclaiming the Ark of God is a vivid message to the Church to reclaim and honour God's presence; to not try to "carry" the presence of God with man-made structures; to take up our responsibility as priests to host God's presence in unity; to keep in step with the Spirit and to prepare a habitation for God's abiding presence in our lives.

The Lord is calling His people to radical worship that requires a response to God's presence with our entire lives. We praise God that He has done everything for us to be reconciled to Him so that we can be the worshippers He seeks and the habitation of His presence. Hallelujah!

Posted by Richard Morschel at 16:27 No comments:

Sons of the Kingdom 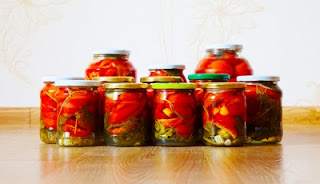 Image used with permission from Radnatt at freedigitalphotos.net

We are continuing to benefit from the spiritual momentum created by our 21 days of prayer and fasting! Father God is drawing us closer to Him and helping us to live in the fullness of sonship through Christ. Hallelujah!

On Sunday, Richard spoke to us about being sons of the Kingdom. Continuing his series on Sonship, Richard showed us that just as Jesus lived from a different realm as a Son of the Kingdom (Jn 18:36), so the believer has been rescued from the kingdom of darkness and placed in Christ's Kingdom to live as a son of the Kingdom and to produce the fruit of God's Kingdom (Col 1:13; Mt 13:38). Looking at Ephesians 2:1-10 and Isaiah 55, we noted how God's Kingdom is not the kingdom of this world and that the believer must take hold of God's truth by faith if s/he is to begin to grasp the nature of the realm s/he has been placed in. As the believer is marinated in the revelation of God's huperballo realm, so the believer gets pickled and can produce the fruit of the Kingdom. Hallelujah!

Posted by Richard Morschel at 11:12 No comments: