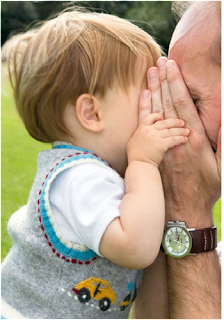 The Gospel is good news! It is the message of God's amazing love for His creation and what He has done to enable man to be reconciled to Him. On Sunday, Richard spoke to us about how man was originally created in God's image to know God and be like Him. After the Fall, man became separated from the knowledge of the image of God and began to seek his identity in the created rather than in the Creator and he began to form gods in his own image. Jesus came not only to reveal the image of the Father but also to reveal what God originally intended for man - an intimate relationship with the Father, living to be like Him and doing what pleases Him. Through faith in Christ, man is restored to the knowledge of the image of God, renewed according to the revelation of God's image and is empowered by the Holy Spirit to reflect the glory of God (2 Cor. 4:6; Col. 3:10; 2 Cor.3:18). The amazing truth is that Jesus continues to reveal the Father to the believer so that s/he can experience the full extent of God's love and walk with the Father just as Jesus did (John 17:20-26). You can listen to Richard's message entitled, "Restored to God's image" here.