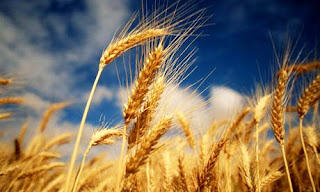 Yesterday the Lord spoke to us about the heart being the key to the Kingdom of God. The Father showed us that the condition of our hearts will either hinder the manifestation of the Kingdom or produce the fruit of the Kingdom.

In Luke 10:25-37, Jesus is asked by an expert in the Law who his neighbour is. Instead of answering the expert's question, Jesus questions the condition of the lawyer's heart by asking, "Which one of these three do you think was a neighbour to the man who fell into the hands of robbers?" (Luke 10:36). The lawyer's question as to who his neighbour is, revealed a judgmental and unmerciful heart. Jesus addresses the condition of the lawyer's heart and commands him to be merciful (Luke 10:37).

Likewise, those who ask how much they should be giving or tithing are asking the wrong question. It is not about how much we give but about the condition of the heart, whether it is generous or not. Those with a generous heart will seek to reveal the Father's generous heart. The early Church produced the fruit of the Kingdom as they "had everything in common. Selling their possessions and goods, they gave to anyone as he had need" (Acts 2:45). The right heart reveals the Kingdom of God and the Lord's generous heart.

The Lord then showed us that many find themselves in the desert, not because He is testing them but actually because they are testing God with their hard hearts. In Hebrews 3:7-4:11, we read about those who had unbelieving and disobedient hearts that could not enter God's promise of rest because of the hard hearts. The condition of the heart that wanders in the desert is rebellious and unbelieving. Those, however, with hearts of faith that submit to God, enter the finished work of God and enter the Lord's rest. The condition of the heart will determine whether we enter the Kingdom of God and enjoy the finished work of God or whether we will remain in the desert, unbelieving and disobedient.

Looking at the parable of the sower in Luke 8:4-15, the Lord then showed us what hinders the manifestation of His Kingdom and what produces the harvest of His Kingdom. The hard, unbelieving and disobedient heart receives the word but because of the condition of the heart, the devil snatches the Word out of the heart. The Word that is sown in the heart that is shallow and doesn't allow God's Word to penetrate deeply, has no effect in the person's life. The Word that falls on a heart that is focused more on the concerns of their circumstances and the pleasures of this world is quenched and cannot produce the fruit of the Kingdom. However, the heart that is good, is a heart that is teachable and submissive and receives the Word, clings to it and perseveres with it until a harvest is produced that is a hundred times more than was sown! The believing heart therefore receives the Word and holds onto it until the fruit of the Kingdom is produced.

The Lord also spoke to us about our heart attitude toward authority. He showed us that what we are in the natural is a reflection of what we are in the spirit. John addresses the same issue in his first letter when he writes, "For anyone who does not love his brother, whom he has seen, cannot love God, whom he has not seen" (1 John 4:20). A loving heart loves God whom we don't see and others whom we do see. Likewise, those who genuinely call Jesus, "Lord" have a submissive heart toward authority in their lives and honour those whom God calls them to honour. If the believer does not submit to natural authority, how can he say he submits to the authority of the Word and the Lord? Either we have a rebelious heart or a submissive heart. The way we treat those in authority reveals the condition of our hearts.


A good heart receives God's Word, submits to its authority and clings to it until it produces the fruit of the Kingdom that is a hundred times greater than what was sown!

We praise God for His revelation to us and for helping us enter His rest and produce the fruit of His Kingdom.

"But the seed on good soil stands for those with a noble and good heart,
who hear the word, retain it,
and by persevering produce a crop." Luke 8:15