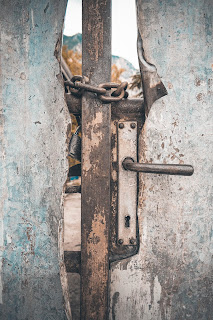 Photo by Greta Farnedi on Unsplash

The Lord is continuing to speak to us about maturing in Christ. A couple of Sundays ago, Richard shared a message entitled, "Running the race", in which he showed us what the apostle Paul describes as a mature view of the believer's life in Christ (Phil 3:15). Looking at Philippians 3:1-16, we noted how Paul's two primary goals in life were to know Christ and to take hold of that for which Christ took hold of him. Richard pointed out how Paul sought to completely identify with his Master in every way, not relying on himself or on what he had achieved but by dying to self; imitating Christ's sacrificial life and depending entirely on Jesus in order to truly know Him. We also saw how Paul lived to fulfil God's purpose for him as he took hold of that for which Christ saved him. Comparing his development as a marathon runner with the believer's spiritual growth, Richard showed us three stages of growth in Christ, from babes in Christ, to spiritual teenagers to maturity in Jesus. Having understood that the goal of the believer's faith is salvation (1 Pet 1:9) but that the goal of the believer's good works is a heavenly reward as s/he takes hold of that for which Christ took hold of him or her, Richard encouraged us to be the best version of ourselves in the power of the Holy Spirit and to press on to win the prize! (see Mt 6:1,4,6,18; 10:42; 16:27; 1 Cor 3:14; Eph 6:8; Heb 11:26 & Rev 22:12).

On Sunday, we had another powerful meeting as we worshipped and then moved into intercession as we proclaimed Christ's victory and lordship over, our lives, the Church and our city. Alexander shared a significant message entitled, "Restoring hedges of spiritual protection", in which he showed us how the enemy develops strongholds in our minds. Looing at Nehemiah 1:1-4 and particularly Ezekiel 8:1-8, Alexander pointed out how the enemy looks for "holes in the wall" of our lives, areas of weakness left unguarded in order to gain access and build a door where he can then continue to have free entrance and influence the mind of the believer. Having built a door in the believer's life, the enemy seeks to establish a seat, a place of authority from which to deceive the believer and ultimately develop a stronghold that is founded on a lie, fed by fear and that leads to idolatry. In response to Alexander's message, we took hold of our authority in Christ and asked the Holy Spirit to expose any strongholds in our thinking that we needed to destroy (see Eph 6:10-18 & 2 Cor 10:3-5). Those who had overcome any strongholds in their lives were then encouraged to pray for those who were still struggling in the area of fear, anger, sexual addiction, and finances (fear of debt and lack of trust in God's provision). It was a very powerful time of ministry and many strongholds were exposed and destroyed with the "weapons of divine power" in the name of Jesus. Hallelujah!