A People Belonging to God 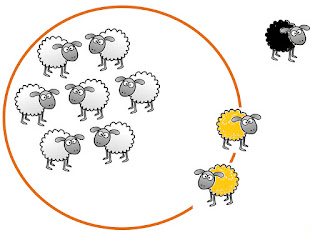 
God has been speaking to us about relationships and last Sunday, the Lord spoke through David Rowe about the uniqueness of our personalities. Looking at the four essential temperaments - choleric/dominant (ambitious and leader-like), sanguine/influencial (pleasure-seeking and sociable), melancholic/steady (introverted and thoughtful), and phlegmatic/conscientious (relaxed and quiet) we saw how understanding our personalities and the personalities of others helps us deal with each other's strengths and weaknesses as we follow Christ's example of humility (Phil. 2:1-11).

Yesterday the Lord spoke to us about what it means to belong to God and to His people. He revealed the nature and the glory of the Church to us and showed us that as believers we are, a people who belong to Him (1 Peter 2:9,10), a people filled with His fullness (Eph. 1:22,23; 2:19-22), and a people who reveal Him (Eph. 3:10,11). As the Bride of Christ, we are called to live by faith in what God has purposed and accomplished in Christ for the Church. Consequently the people of God are called to live as those who belong to God and belong to His Body! Those who do not believe the truth about their identity in Christ as individuals and as the people of God walk in unbelief and disobedience (see Hebrew 4).

The Lord showed us that there are 3 kinds of sheep/ believers. Those who unconditionally follow Christ and live as those who belong to Him and His Body (followers); those who live conditionally (wanderers) and those who go their own way independently of God and His people (strays). God wants His people to understand that the root of all sin and the Fall of all creation is man's living independently of God. The iniquity that Christ took upon himself was man's straying from God and going his own way (Isaiah 53:6). The Lord wants His people to move from a straying mindset, attitude and behaviour to a follower's mindset, attitude and behaviour that demonstrates belonging to God and belonging to His people. Those who wander between the two mindsets or attitudes commit their lives to God and His people conditionally. They are happy to follow God and be part of His Body as long as it suits them. Once conflict or disagreement arises, the wanderer leaves the local church instead of working through the difficulties in love. Those who truly follow Christ and live as members of Christ and His Body, are committed to loving one another and living at peace with one another unconditionally. Followers behave as those who belong!

We praise God for revealing the glory of the Church to us, for reminding us of what Christ has accomplished for the Church and for challenging us to realise the truth of our identity in Christ as individuals and as His people.

Quote of the week


"But you are a chosen people, a royal priesthood, a holy nation, a people belonging to God, that you may declare the praises of him who called you out of darkness into his wonderful light. Once you were not a people, but now you are the people of God; once you had not received mercy, but now you have received mercy." 1 Peter 2:9,10