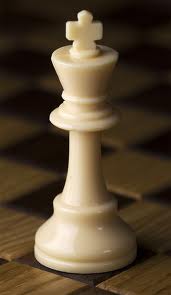 
Yesterday's meeting was buzzing with excitement right from the beginning as we celebrated our King and worshipped Him together. During a very special time with God, He ministered to His people with prophetic words and touched many people who needed healing.

The Lord is speaking to KLF about the fear of the Lord and how His people respond to Him when they fear Him. Motivated by God's love, the Lord is calling the Church to devote herself to God's presence, to God's people and to God's salvation purposes. These 3 p's are the essence of living the Kingdom life.

The Lord then spoke to us about building His Kingdom on earth as it is in heaven and this is what He showed us:

The nature of a kingdom

Conflict of the kingdoms


The Lord is showing us how our name, Kingdom Life Frankfurt, is both our identity and our purpose - to bring God's Kingdom in Frankfurt as it is in heaven as we live the Kingdom life in obedience to our King.
We are looking forward to our Healing Presence Seminar with Dr Richard Maybery and our joint meeting with Charity Church on the 13th November at Eastsite 15.


"Our Father in heaven, hallowed be your name, your kingdom come,
your will be done on earth as it is in heaven." Matthew 6:9,10

Posted by Richard Morschel at 11:39